On our second day we took it easy and explored Reykjavík and just chilled out. Here’re some fun facts for you, who doesn’t love facts?

There.. that’s the educational part done. 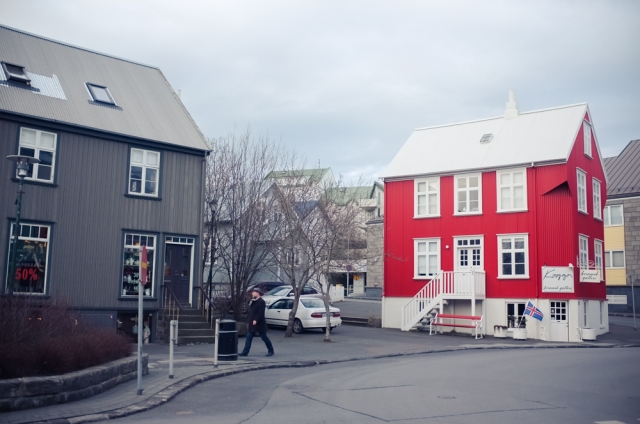 The sky’s might have been gloomy  that day but Reykjavík is a really nice colourful city, and the people match the colours of their houses, cheery and welcoming. There are some really quirky shops in Reykjavík, Laugavegur Street is a very popular street.

A slide in the a shop called Cintamani!

The road leading up to Hallgrímskirkja, you can see this church from all over Reykjavík. 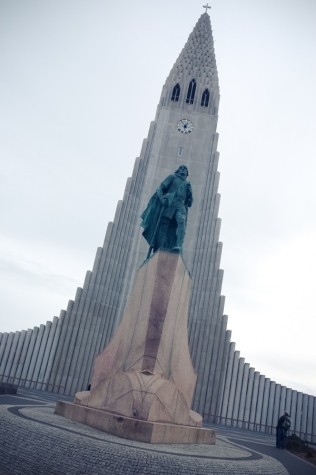 In front of the church is proud looking statue of Leifur Eiriksson, he was the first European to discover America (I’d never heard of Mr Eiriksson before this visit). He discovered America 500 years before Christopher Columbus. 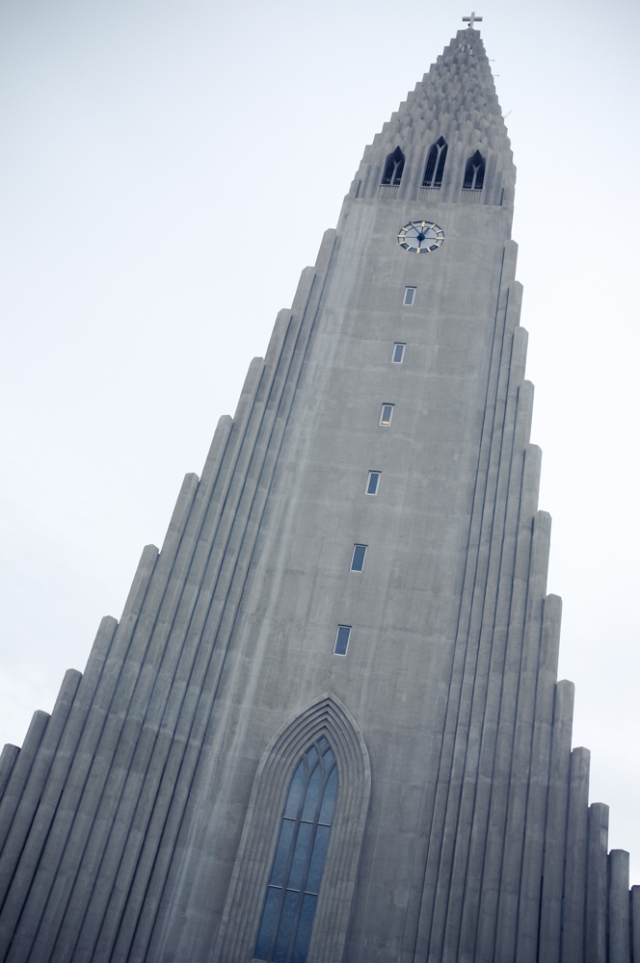 The Hallgrímskirkja church is Reykjavík’s main landmark and wasn’t entirely finished until 1986.

The church has a huge pipe organ which weighs 15 tons and has 5275 pipes!

Time for some food, we found a place via Tripadvisor called Glo in the centre. It’s a vegetarian restaurant however we’re not vegetarians and you certainly don’t need to be a vege to eat here, it’s was really excellent fresh food.

Reykjavík restaurants are great, every where we ate the food was very good. Note one great thing about Reykjavík in my opinion is they have no McDonalds.. yay! I’m not a fan. They did have a McDonalds restaurant but it was closed down in 2009 after the economic crisis here.

However don’t despair there are tons of cheap eat restaurants in Reykjavík,  Noodle Station and Nudluskalin both do great fast food noodle dishes and they are both really good value. Bæjarins beztu which means ‘The Best Hotdog in town’ apparently is a bit of a famous spot as Bill Clinton ate here! We had a hotdog here with everything on it and we were a bit underwhelmed, but it was hot and cheap so it’s all good eh.

The Harpa concert hall building is a really cool design which you should visit if you get chance. It’s a large steel framework filled with different colours of glass. The building of the structure was abandoned with the financial  crisis originally. The government funded the completion and it was the only building construction project  for several years in the whole of Iceland. 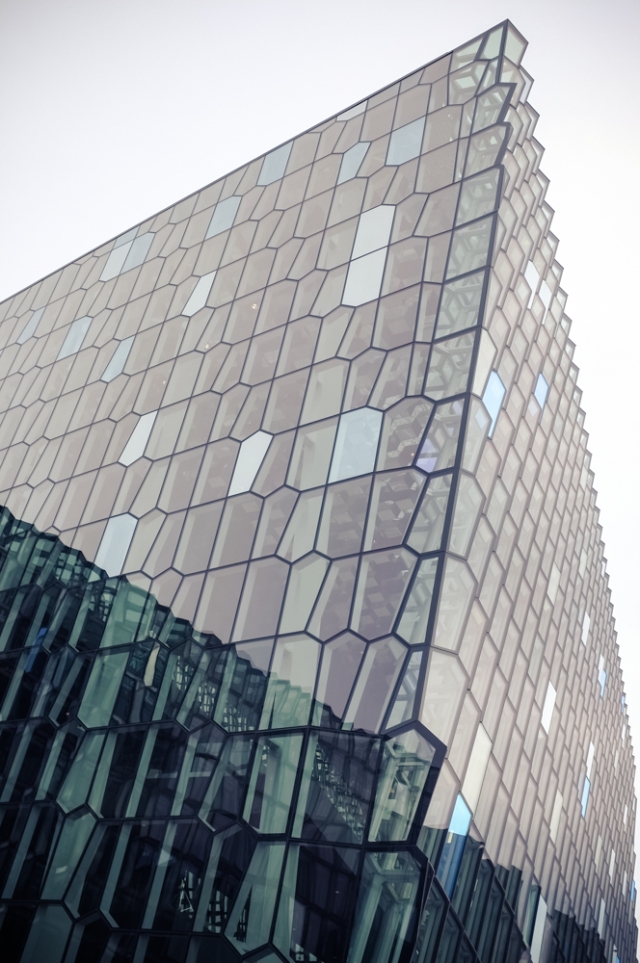 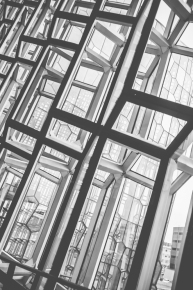 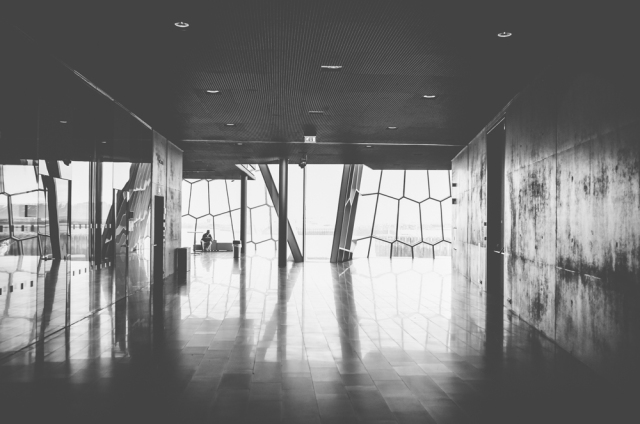 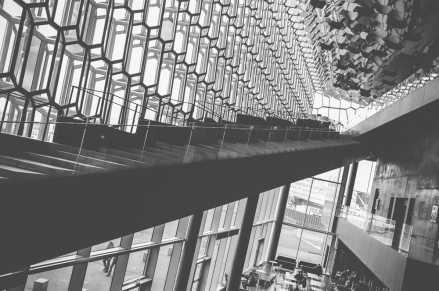 We had a fab day in Reykjavík  and later we ate at the Noodle Station I mentioned earlier, I got the spicy noodle soup option and be warned it is very spicy in a good way (made my nose run like I had a cold). Cheers for reading.