Lets start with something Leigh and I love – food again. 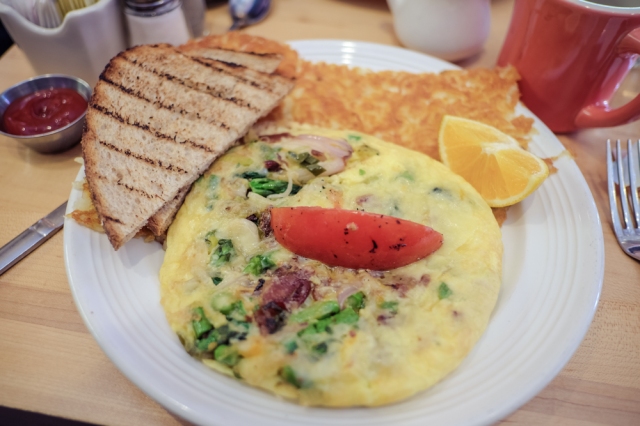 Yup back to Mymy’s restaurant for another brekky! Leigh had the same as last time (posh French toast) and I had a Lorraine Flat Omelette with bacon leeks, shallots, asparagus, gruyere served with hash brown and toast. I had to look that up on the restaurant menu online, I can’t remember what I had two years ago. I can barely remember what I did last weekend.

Yet again with full tummys we were off on our next trip.. a walking tour named The Real San Francisco tour. 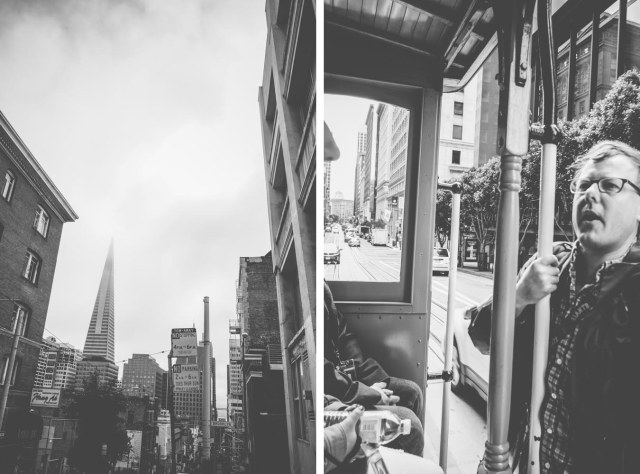 The trip started off on a cable car working our way through the financial district and china town. The friendly looking fella top right was our guide, I’m ashamed to say I forgot his name. But he was jolly nice. 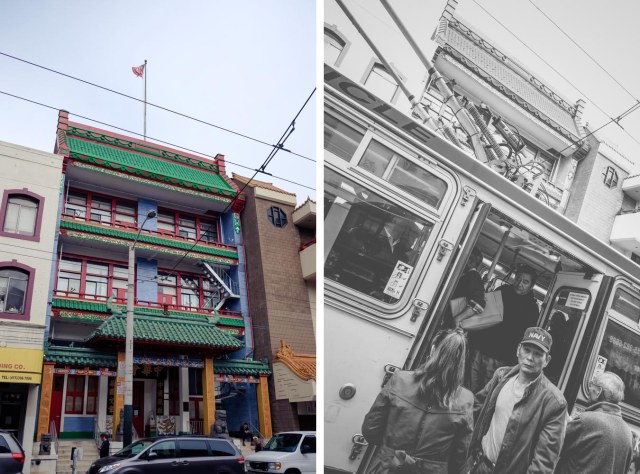 Above is a little shop that makes fortune cookies by hand, China town is a really cool place. 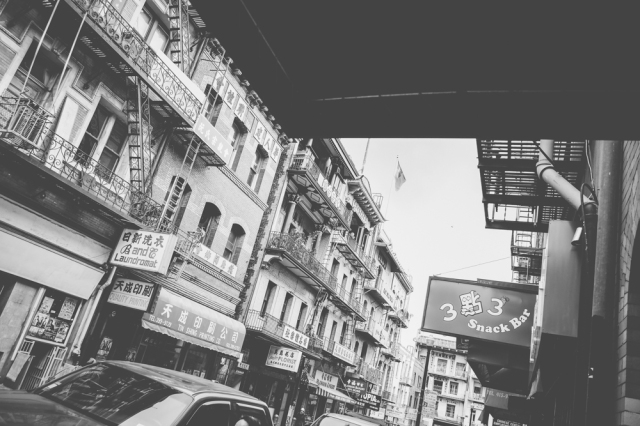 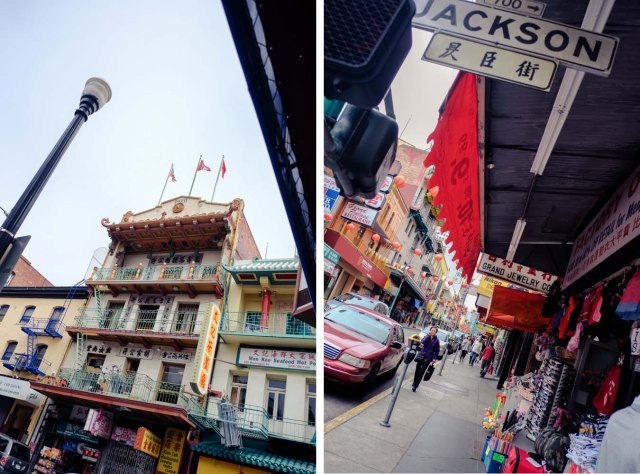 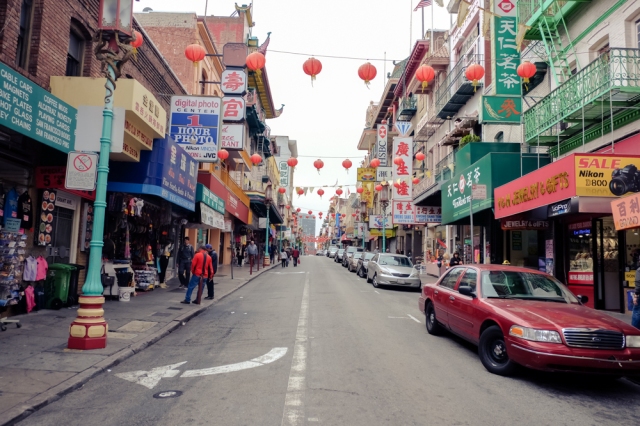 San Francisco has some really cool buildings.. on to North Beach. 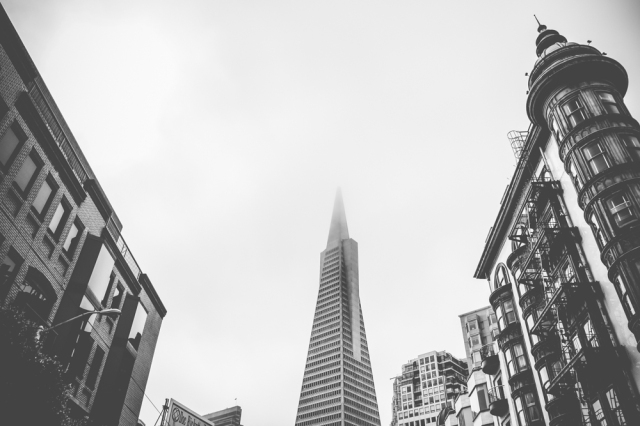 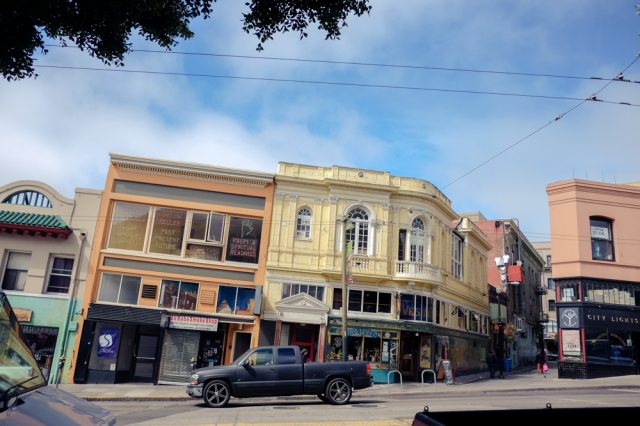 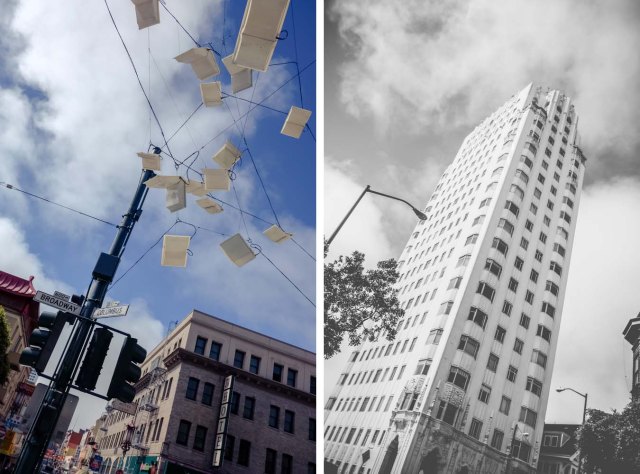 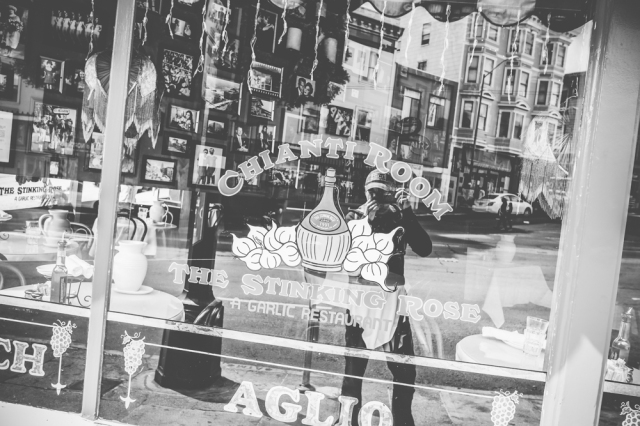 It’s hard to see in the photo above as you can mainly see me in the reflection but this is a Garlic Restaurant called The Stinking Rose. 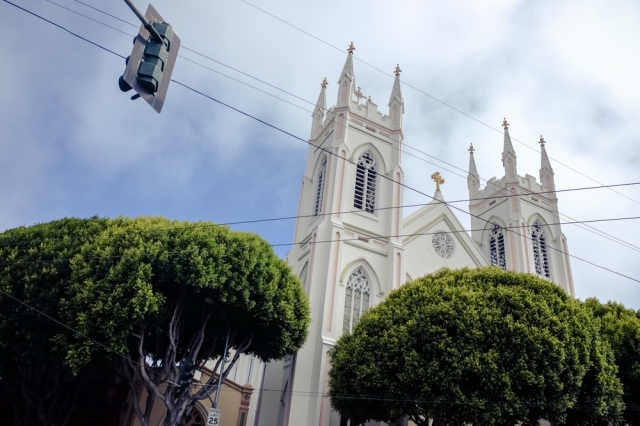 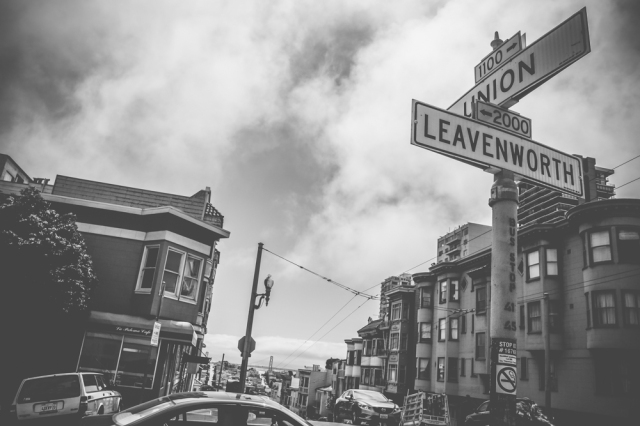 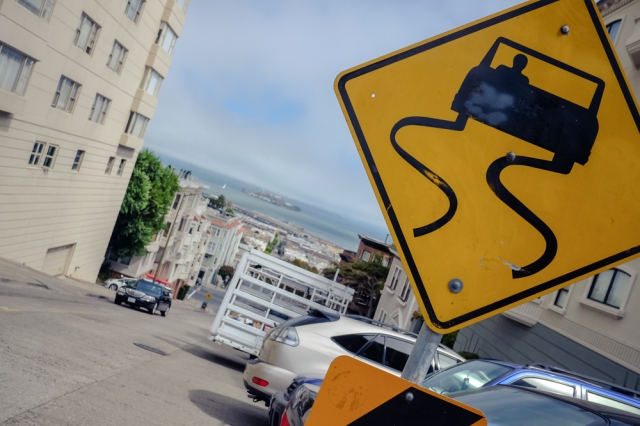 We moved on to Macondray lane. 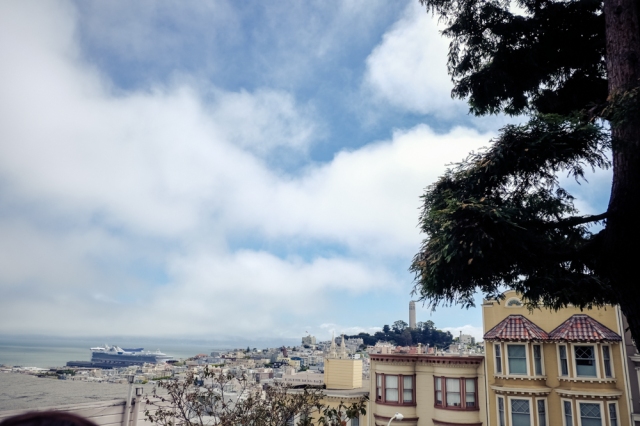 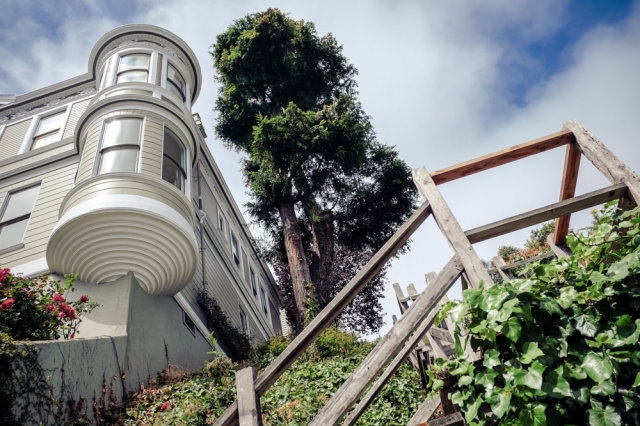 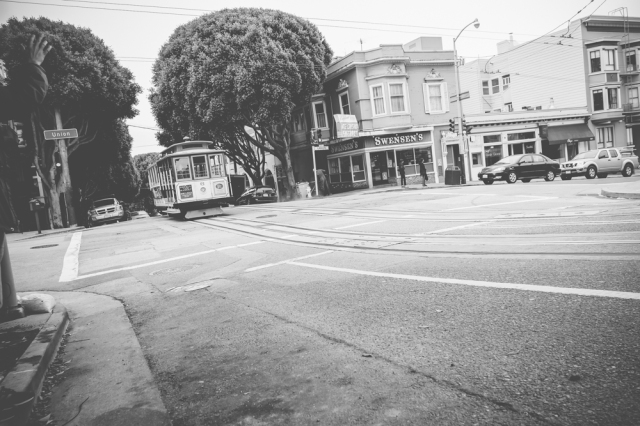 Then back on a cable car to take us to Lombard Street. This Cable guy driver was a real character. He clearly loved his job. 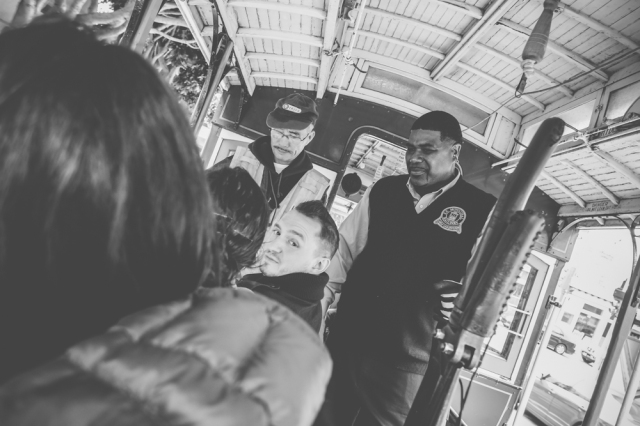 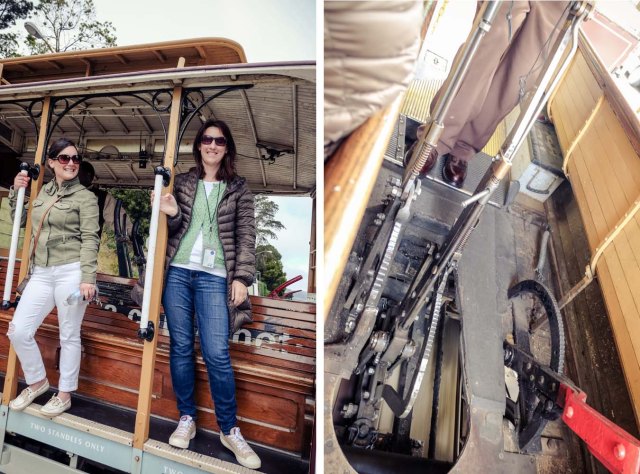 Leigh above and on the right the mechanics used for stopping and starting the cable car. Here’s where I impress with you with my knowledge, did you know that to stop and start the cable cars in San Francisco the drivers use the gripman (driver) shown in the photo use the handles to grab hold of a moving cable which are actually under the street?? The cables are driven by big cable houses. Well I was impressed, but to be fair it doesn’t take a lot. 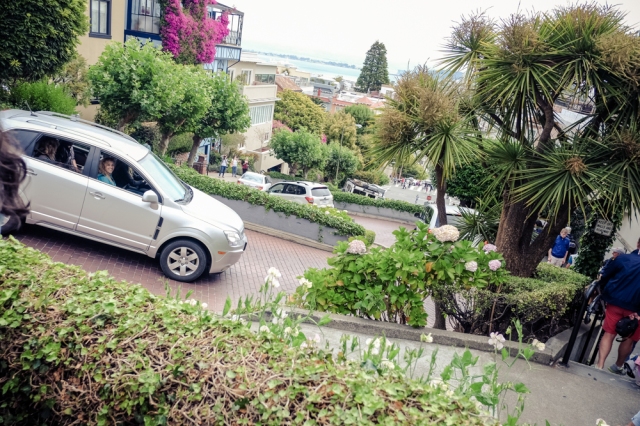 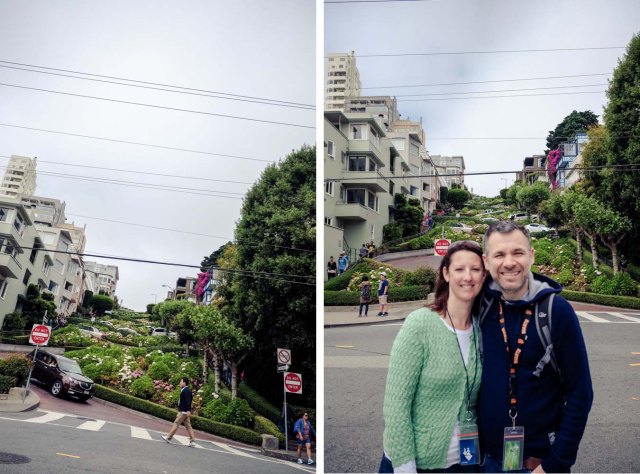 Above is Lombard Street, it’s supposed to be the most crooked street in the world. The design was supposed to help with hills 27% grade which was too steep for vehicles.

Above bottom right is a cheesy pic of Leigh and I.. it’s slightly out of focus as most people have issues using my camera (an XE2) it needs the user to focus, keep holding the button and then recompose. In other words it has no face recognition software (although 2 years later the firmware allows for this). 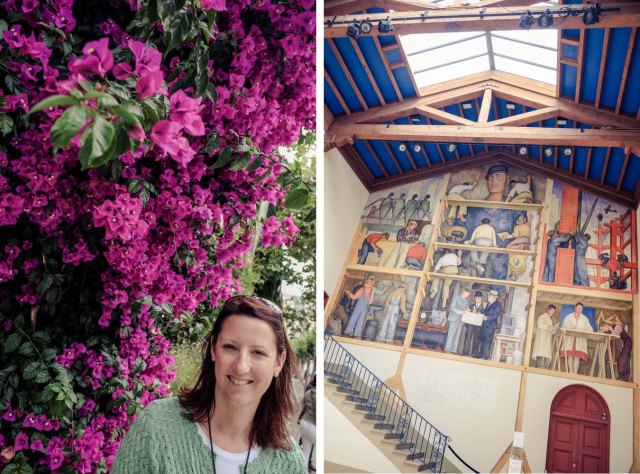 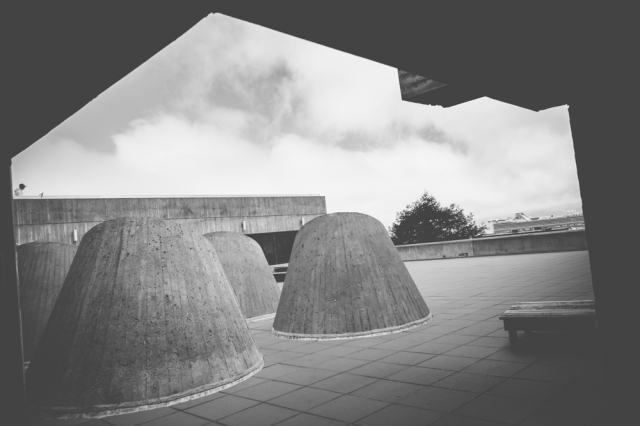 We moved on to the San Francisco Art Institute, a really cool building. Check out the roof area above. 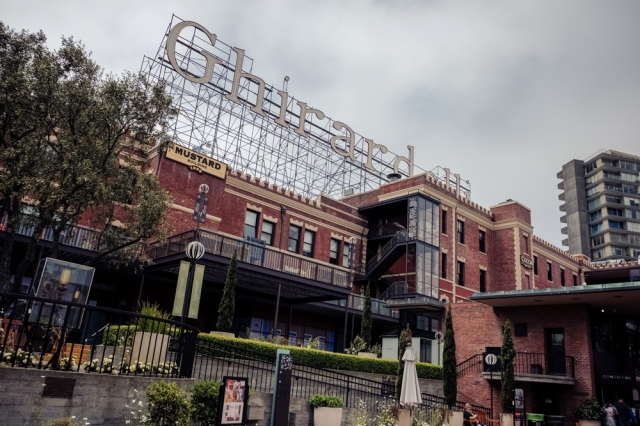 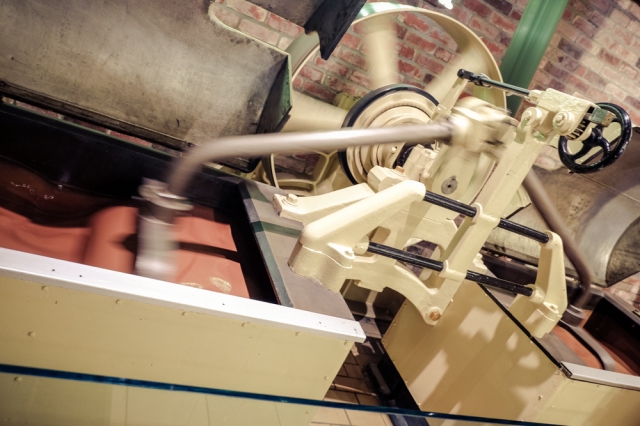 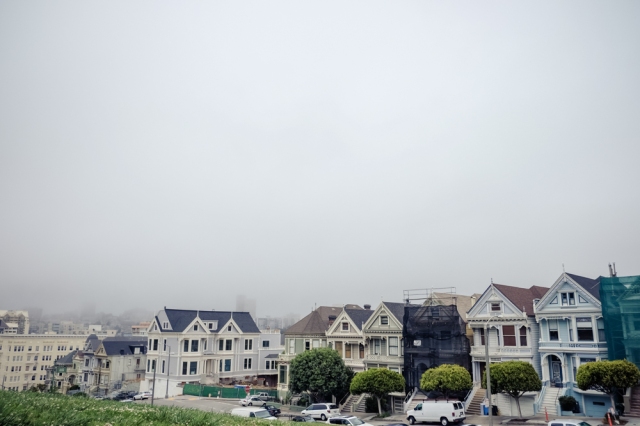 The painted ladies! Although one little painted lady was under construction.. and the San Francisco fog began to descend on us a little here so you can’t see the iconic skyline behind. 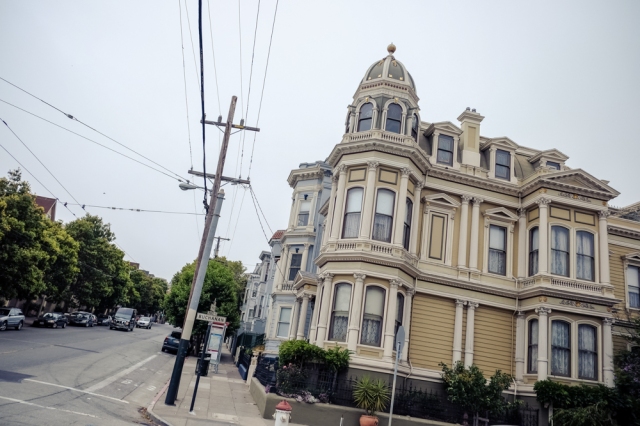 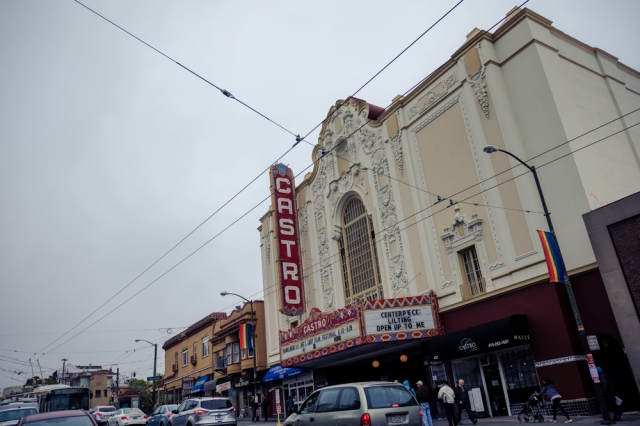 Through to the Castro District, one of the first gay neighbourhoods in the US.

Then we jumped on a subway train to the Mission District. 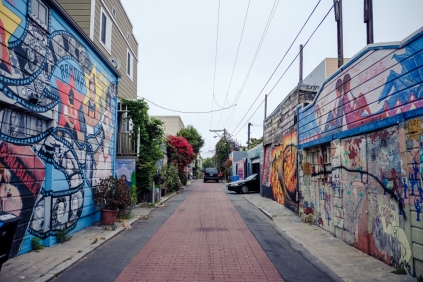 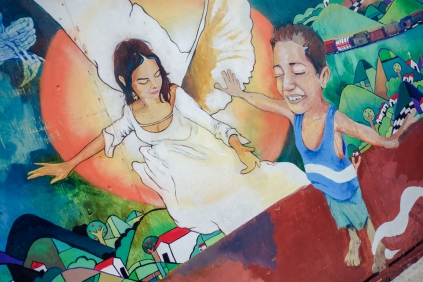 The Real SF Tour was brilliant, the guide was a lovely bloke and really knew his sh*t. Another cracking day, but sadly our last here for this trip. Honestly you could spend a week in San Fransico or more and never run out of things to do.

On to Lake Tahoe next..  I’m off to hit the sack now as three blog posts in one day take it out of you. Night