We were up bright and early looking forward to the day ahead, I was really looking forward to Dantes View and Zabriskie point and we were both really excited about the drive to Vegas in the afternoon! So we left our little ranch room in Furnace Creek Resort and stuffed another pretty bad (but cheap) buffet breakfast in our faces before hitting the road in our Hyundai Tucsan. The Drive to Zabriskie point is very short, it’s just 5 miles or so in fact from Furnace Creek. 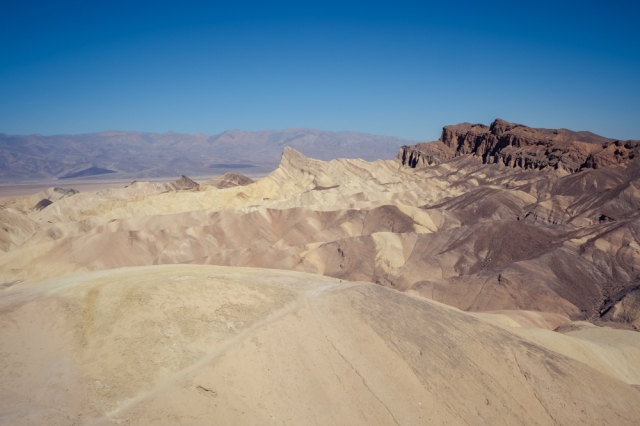 The short walk from the car park at Zabriskie point to the actual viewing point seemed a lot longer in the heat as it was scorching even in the morning.

But it was worth it the colours and shapes here were really cool. Not sure my photos really do it much justice. Apparently this area is made up of sediment from what was left of a lake which dried up millions of years ago. Really interesting fact number two, the location was used for the art on U2’s Joshoa Tree album cover. See I’m providing education too, you lucky people. 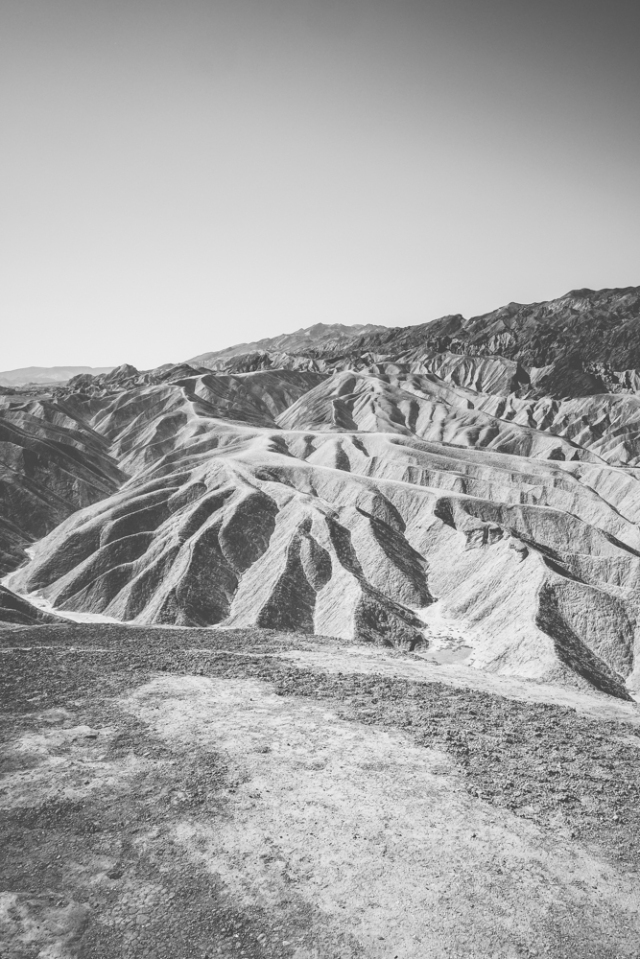 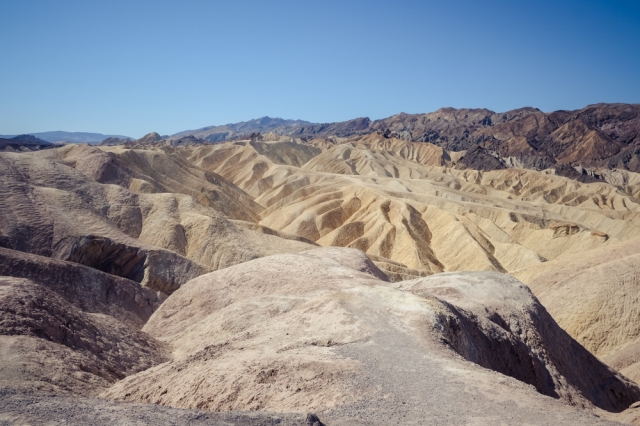 Again the photos just take them selves almost, what a brilliant place.

On to Dante’s view, the drive isn’t far but be aware that some of the bends when you get closer to Dante’s view are extremely sharp so if you’re driving an RV or something bigger you might have problems. Here’s a cut out from Google maps showing the route from Furnace Creek to Dante’s view. You can also see the locality of Badwater Basin on the map.

Dante’s View is 5,476 ft high and has great views, however the really cool part of this point is on clear days you can see both the lowest point (Badwater Basin,-282 ft) and the highest point (Mount Whitney, 14,505 ft) of the the contiguous 48 states of the United States!! Pretty cool eh?

It was a clear day and we saw both! You can just make out Mount Whitney poking up to say ‘Hi’ about a third way along the mountain range in the photo below. In the panoramic photo above you get a better idea of the view we had of both the Mountain and the Basin though. 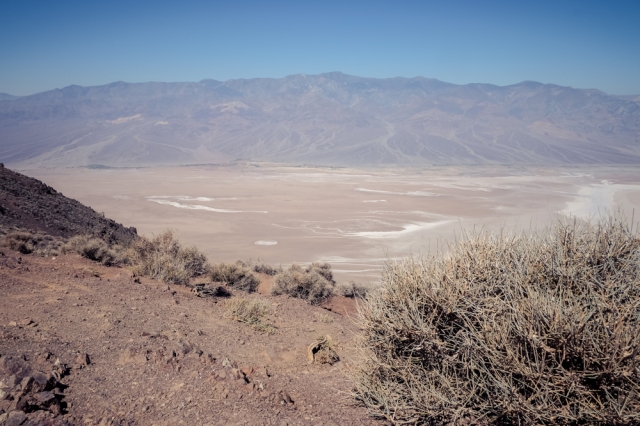 By the way due to the higher altitude it’s not as hot up at Dante’s View, in fact sometimes it can be a bit chilly so it’s worth bringing a jacket with you. Below is the view of Badwater Basin. 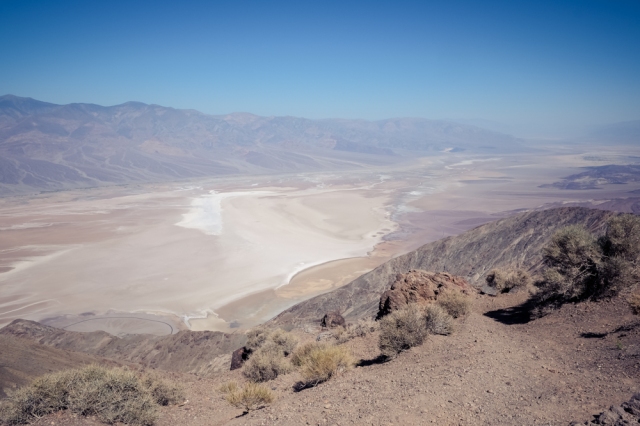 The views were awesome and we were lucky that is was such a clear day with not too much haze. 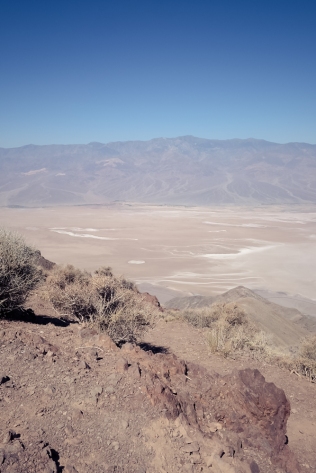 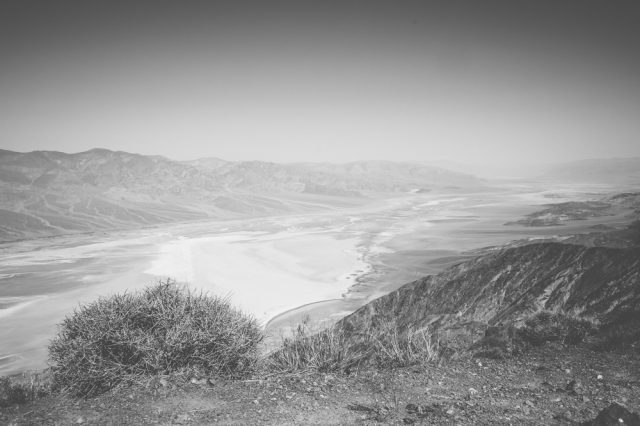 Right lets burn rubber and get to Vegas! We had our Elvis tunes ready to go. No really we did, see you soon.